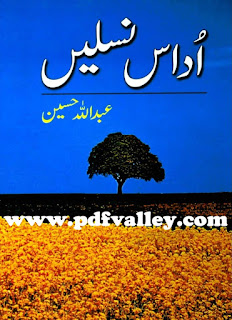 Abdullah Hussain (Urdu: عبداللہ حسین‎) was an Urdu novelist and short story writer from Rawalpindi. Abdullah Hussain shot into fame with his novel Udaas Naslain. He was awarded the Adamjee Literary Award for this debut novel. Udaas Naslain is considered as a milestone in Urdu literature.