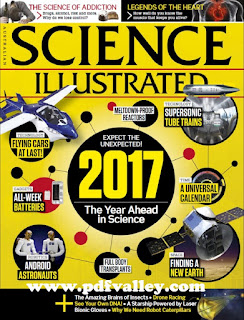 Science Illustrated is a multilingual popular science magazine published by Bonnier Publications International A/S. Science Illustrated was launched simultaneously in Denmark, Norway and Sweden in 1984. The Finnish version was started in Finland in 1986. It is published in Denmark (Illustreret Videnskab), Iceland (Lifandi Vísindi), Norway (Illustrert Vitenskap), Sweden (Illustrerad Vetenskap), Finland (Tieteen Kuvalehti), Germany (Science Illustrated, old Illustrierte Wissenschaft), United States (Science Illustrated), Greece, Netherlands (Wetenschap in Beeld), Latvia (Ilustrētā Zinātne), Lithuania (Iliustruotasis mokslas), Estonia (Imeline Teadus), Slovenia and Australia. The Australian version was launched in late 2009 by Australian Media Properties, who also publish technology-focused title Popular Science. According to official websites, the magazine – with a total circulation of 370,000 copies – is the biggest in the Nordic countries on nature, technology, medicine and culture. With the March/April 2013 issue, Bonnier has ceased publication of Science Illustrated in USA. Current American subscribers are being transferred to Popular Science for the remainder of their subscription. The Danish version of the magazine had a circulation of 54,515 copies in 2010 and 52,595 copies in 2011. It was 46,812 copies in 2012. The circulation of the Swedish edition was 89,400 copies in 2014.