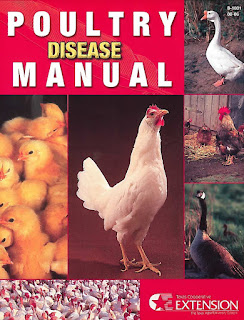 The poultry industry in Texas contributes more than $1.6 billion to the state economy each year. A  survey of broiler, egg and turkey producers revealed that, in 2003, the Texas poultry industry produced 4. 7 billion table eggs and 615.6 million broilers and turkeys and employed more than 11,560 people. Texas  currently ranks sixth in broiler production and seventh ht egg production in the U. S.
The disease level of a poultry flock may determine the profitability of the operation. Disease may cause  obvious losses but as the death of birds, condemnation in the processing plant, and medication costs, or less obvious but substantial losses from poor growth, poor feed conversion and downgrading.
Download Poultry Disease Manual by Michael Davis
0
FacebookTwitterPinterestEmail
previous post