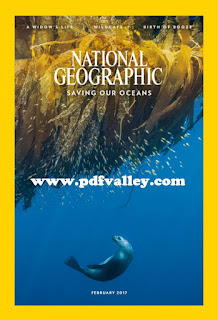 National Geographic, is the official magazine of the National Geographic Society. It has been published continuously since its first issue in 1888, nine months after the Society itself was founded. It primarily contains articles about geography, history, and world culture. The magazine is known for its thick square-bound glossy format with a yellow rectangular border and its extensive use of dramatic photographs. The magazine is published monthly, and additional map supplements are also included with subscriptions. It is available in a traditional printed edition and through an interactive online edition. On occasion, special editions of the magazine are issued. As of 2015, the magazine was circulated worldwide in nearly 40 local-language editions and had a global circulation of approximately 6.5 million per month according to data published by The Washington Post (down from about 12 million in the late 1980s) or 6.5 million according to National Geographic. This includes a US circulation of 3.5 million. From the 1970s through about 2010 the magazine was printed in Corinth, Mississippi, by private printers until that plant was finally closed. On September 9, 2015, the National Geographic Society announced a deal with 21st Century Fox that would move the magazine to a new partnership, National Geographic Partners, in which 21st Century Fox would hold a 73 percent controlling interest.

Thanks. Sahre it with your friends & keep visiting.

thanks for this amazing mag.