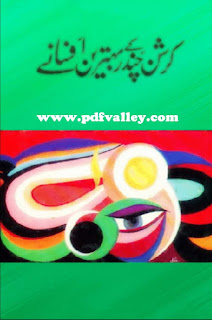 Krishan Chander (23 November 1914 – 8 March 1977) was an Urdu writer of short stories and novels. He also worked on English. He was a prolific writer, penning over 20 novels, 30 collections of short stories and scores of radio plays in Urdu and later, after partition of the country, took to writing mainly in Hindi. He also wrote screen-plays for Bollywood movies to supplement his meagre income as an author of satirical stories. Krishan Chander’s novels (including the classic : Ek Gadhe Ki Sarguzasht, trans. Autobiography of a Donkey) have been translated into over 16 Indian languages and some foreign languages, including English. His short story “Annadata” (trans: The Giver of Grain – an obsequious appellation used by Indian peasants for their feudal land-owners), was made into the film Dharti Ke Lal, by Khwaja Ahmad Abbas in 1946 – which led to his being offered work regularly as a screenwriter by Bollywood, including such populist hits as Sharafat 1970.