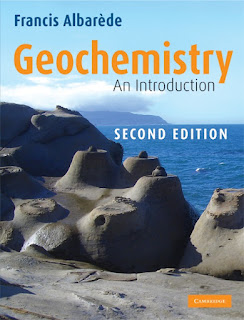 Introducing the essentials of modern geochemistry for students across the Earth and environmental sciences, this new edition emphasizes the general principles of this central discipline. Focusing on inorganic chemistry, Francis Albarède’s refreshing approach is brought to topics that range from measuring geological time to the understanding of climate change. The author leads the student through the necessary mathematics to understand the quantitative aspects of the subject in an easily understandable manner. The early chapters cover the principles and methods of physics and chemistry that underlie geochemistry, to build the students’ understanding of concepts such as isotopes, fractionation, and mixing. These are then applied across many of the environments on Earth, including the solid Earth, rivers, and climate, and then extended to processes on other planets.
Three new chapters have been added – on stable isotopes, biogeochemistry, and environmental geochemistry. End-of-chapter student exercises, with solutions available online, are also included.

Albarède Francis is a French geochemist born in 1947. He is a professor at the École Normale Supérieure de Lyon and member of the Academia Europaea. Since January 2011, he was the first Director of the Laboratory of Geology Lyon. He remained several years as a teacher and researcher since 1972 at the Institute of Earth Physics of Paris. In 1976 he defended a thesis state isotope geochemistry then spent two years in the USA (Caltech ) . In 1979 he was promoted to professor at the National School of Geology in Nancy , where he remained for 12 years. Finally, in 1991 he joined the Ecole Normale Superieure de Lyon where he now serves as the director of the department of life sciences and earth.