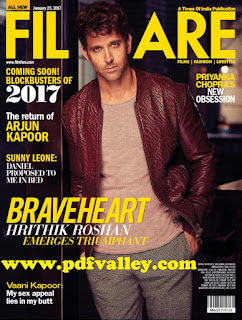 Filmfare is an English-language, tabloid-sized magazine about Hindi-language cinema, popularly known as Bollywood. Established in 1952, the magazine is published by Worldwide Media, a subsidiary of The Times Group, India’s largest media services conglomerate. Filmfare is one of the most popular entertainment magazine in India. Since 1954, it gives popular film awards the annual Filmfare Awards and Filmfare Awards South.