Asnga is one of novel of Imran Series written by Zaheer Ahmad which is available to download free in pdf format. 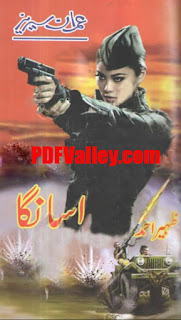 About Imran Series:
The character of Ali Imran is a playful yet deceiving personality. He is a bright young Oxford graduate with M.Sc. and Ph.D. degrees in chemistry. His comical and apparently incompetent persona hides his identity as head of a secret service. The Imran Series explains the workings of a country’s Secret Service that operates from the capital of an imaginary country called Pakasia. The Secret Service is administered by the Secretary of Foreign Affairs, Sir Sultan, who offers Imran the position as the Secret Service’s head after getting personal help from him.

Egypt And Western Asia In Light Of Recent Discoveries by King L.W.