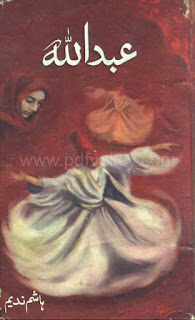 Hashim Nadeem(Urdu: ھاشم ندیم‎) is a Pakistani-Urdu novelist, drama writer, poet and fiction writer. He is a film producer and director. He has also produced 27 telefilms and 11 drama serials as first private producer, among four of them have won different awards, in which he was also writer and director. His films include Abdullah, and his novels are Bachpan ka December, Khuda Aur Muhabbat, Aik Muhabbat aur sahi, and Muqaddas. He has been awarded the Tamgha-e-Husn-e-Karkrdagi by the Pakistani government. He has been also provided with the Bolan Award for the best situation sequential (PTV) for his sequential ‘Sipaahee’. His services have been recently awarded by “Poona festival award”.