You can free download A Thief in the Night by E.W. Hornung in pdf epub format. 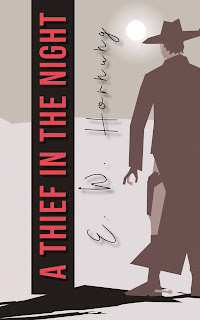 A Thief in the Night is a 1905 collection of short stories by E.W. Hornung, featuring his popular character A. J. Raffles. It was the third book in the series, and the final collection of short stories. In it, Raffles, a gentleman thief, commits a number of burglaries in late Victorian England. Chronicler and accomplice Bunny Manders narrates additional adventures which he had previously omitted, from various points in their criminal careers. A full-length Raffles novel, Mr. Justice Raffles, would follow in 1909. It too was set before the Boer War, with Raffles in his heyday as a gentlemen thief. Stories includedhere are: Out of Paradise, The Chest of Silver, The Rest Cure, The Criminologists’ Club, The Field of Phillipi, A Bad Night, A Trap to Catch a Cracksman, The Spoils of Sacrilege, The Raffles Relics, The Last Word.