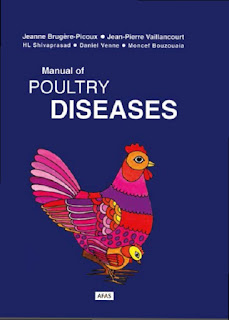 Poultry is the predominant type of animal production in both developed and developing countries. While poultry production has expanded significantly in recent decades, particularly in Asia, since late 2003 growth has been curbed worldwide by the spread of avian influenza. Poultry production is critical to the economy and food security of many developing countries because not only is poultry easy to farm and well suited to backyard production, in many cases it is a staple food. This richly illustrated manual of poultry diseases is a key reference work that reviews poultry production systems across the globe, describing the range of diseases affecting all domesticated bird species, and contains a section on differential diagnosis to aid in detecting and recognising specific diseases. This book is a publication of reference that is indispensable for all stakeholders in the poultry sector: farmers, veterinarians or student veterinarians, and officials in many countries, since it will be translated into several languages. That work will contribute to improving the effectiveness of the fight against poultry diseases around the world.

Guide to the Senegal Parrot and Its Family 2nd Edition